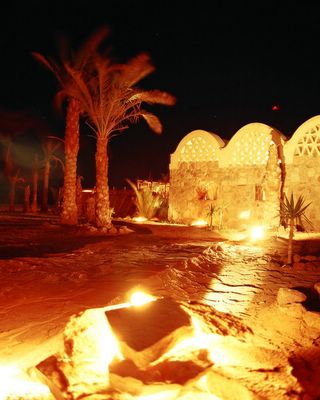 “I look through the window to the palm tree in the middle of our courtyard. I knew life is still good. I look at its strong straight trunk, its veins hitting the soil, and to its leaves overcastting its body. I feel secure. I feel that I am not a leave in the wind. I am rather like this palm tree; a creature with origin, with roots, and with a goal”. From "The Season of Migration to the North" by Tayeb Salih.

Posted by Samer ATALLAH at 7:08 AM 4 comments

I am writing this in reply to the comment I just received.

I am afraid I am not appreciative of your advices of “lots of reading with tedious observations”. In the meantime, I feel encouraged to teach you some important rules about debating and expressing your opinions. First, my views do not have to do anything with where I am. Besides, the politics of the Canadian government are not in question here simply because I am not a Canadian citizen. Second, the least of courtesy and manners is to debate the point of view and not to challenge the background of the holder of this view.

Aside from the personal attack, I did not find any logical argument in what you wrote. Please share with us how do you think Mubarak remained in power and what, in your expert opinion, is his mandate. Also, whatever the Palestinians are doing is not of my concern. Their government can do whatever it wants to do as long as they have the mandate from their people. I am arguing that the current Egyptian regime is doing things to get an external mandate to keep itself in power without having the mandate of the votes of the Egyptian people (who I think are capable of making a sound judgment if they are given the chance for fair and credible elections).

Finally, I would advise you to do a spell check after you write something. It gives you a bit of credibility given that you have none.

Posted by Samer ATALLAH at 4:52 AM 2 comments

The Summer Is Over

After spending the month of May in Cairo, I returned to Montreal to take care of few personal matters before the new academic year starts in September. It was a very self centered summer. Still, I could not stop worrying and reading about events back at home.
Lots of things happened since the end of May: the results of the referendum on the constitutional amendment, few violent demonstrations, the assassination of the Egyptian ambassador in Baghad, Sharm el Sheikh’s explosions, the presidential elections nominations, the boycotts, the failure of Arab leaders to convene for an “emergency summit”, and the Israeli withdrawal from the Gaza strip.

I hate to admit that my hope in the betterment of Egypt is loosing its grounds bit by bit. Few weeks from now, Mr. Hosni Mubarak will win the presidential elections with a new mandate; the mandate of being “elected” amongst several candidates or as I would like to call them clowns of the elections circus. However, the mandate that sustained Mubarak in power all these past years and will still keep him in power is not the mandate of the votes of the Egyptian people. It is the mandate given to him by an oligarchy of business men, government officials, and all the benefactors of the status quo. It is also a mandate given to him by the US and Israel. Who else is making sure that the American and Israeli plans in the region are achieved and implemented according to plan? Who else is making sure that Israel is integrated into the region through commercial and economic treaties such as the Qualified Industrial Zones (QIZ)? Who else is enforcing the legitimacy of the interim Iraqi government? Who else is supplying Israel with natural gas? Who is helping Israel implement its unilateral disengagement plan in Gaza by training Palestinian forces and by guarding the southern Israeli borders? Who else other than his Excellency President Hosni Mubarak and his corrupt regime?

I hate to admit that all these benefactors were stronger than the forces calling for change in Egypt. Even the other presidential “candidates” are benefiting from the elections circus. The quasi-parties are getting half a million pounds for just putting the name on the ballot. I will be very surprised if they will actually spend ten percent of this money. The two main “contenders” Ayman Nour and Noeman Gomaa are basically there for the show and to enhance their public image. I do not think any of them actually thinks that he stands a chance to even getting fifteen percent of the votes.

On another track, the opposition forces missed a life time opportunity to unite and to take the same stand. The Muslim Brotherhood is still playing the same game of being friendly to everybody to survive. The Nassirist and the Tagamue parties failed to get the other parties on their sides in the boycott. Kifaya movement is still struggling though there is little it can do if everyone else is running after his own benefit.

The only hope is that the judges will take a historical stand and boycott supervising the elections process. Along with that, the resurrection of the political life in Egypt is giving me hope.

Well, the summer is over and there more to work on, dream of, and aspire to.

The Summer Is Over