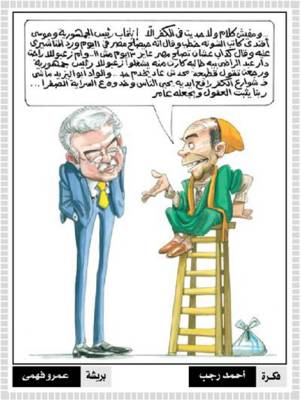 Posted by Samer ATALLAH at 7:01 PM

I beg you please translate these ridiculous cartoons for me everyday.... you have no idea how badly I want to understand them!

Ahmad Ragab rules, too bad we cant have him as president :)